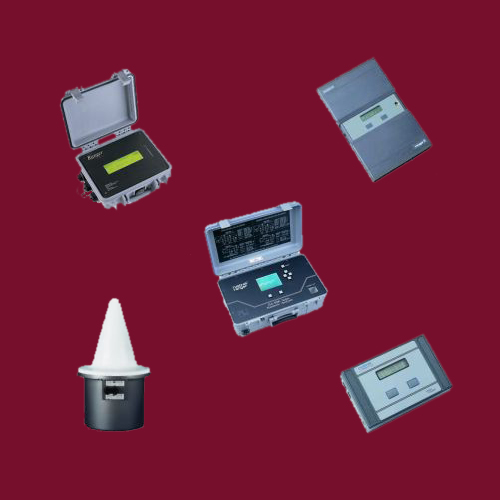 Our line of highly successful data loggers now stretches back over 25 years. You may be familiar with some of the more recent models including the HA5000 Harmonic Analyzer and Ranger3 Data Logger.

However, the product evolution tells only half the story. The Ranger brand has itself had a fascinating life since its inception over 25 years ago. To read the story, click here. 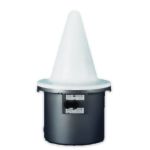 Our special-purpose signal-processor is at the heart of the Phalcon-2000 Racon, an important all-weather aid to marine navigation, providing a strong, identifiable and appropriate response to ship’s radars for safe and efficient navigation 24 hours a day.

The signal-processor measures the amplitude, frequency and pulse width of incoming signals. If the signal is accepted as a genuine radar transmission from a ship, the high-speed logic circuits will re-tune the transmitter to the incoming signal frequency (frequency agile) and trigger the coded response. All this processing is performed in less than 500 nanoseconds. If the radar transmission is identified as a sidelobe (same frequency but much lower amplitude), the dual-token sidelobe suppression circuitry inhibits the response to prevent clutter on the ship’s radar. 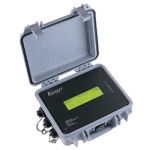 Superceded by the PM7000, the PowerMaster 6000 offered everything needed to monitor and record power for surveys and audits. 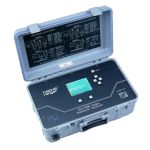 Superceded by the Power Master Series, the HA500 simultaneously recorded power quality parameters in the same instrument in all weather conditions. It allowed you to view real time data, captured waveforms and trend data on site or off. 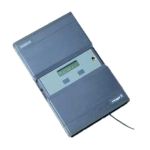 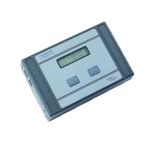 The Scout Data Logger was a compact, economical, paperless recorder with dedicated inputs. It incorporated many of the features and design parameters of the Ranger III & IV Data Loggers. Ranger’s Adaptive Storage technique made this little data logger far more accurate than much more expensive instruments.

THE Ranger STORY  (so far!)

Ranger data loggers began life in Southern England 22 years ago.  A small, handheld, 4 channel, data logger, was licensed to Gulton Inc of Rhode Island, owners of the Rustrak paper chart recorders.  The name Ranger (from the much loved character, The Lone Ranger) was chosen for the logger and the accompanying software was called Pronto (nearly the same as Tonto, the Lone Ranger’s trusty Indian companion).  Early advertisements encouraged customers to buy by declaring, “save a lot of silver too.”  (The Lone Ranger’s horse was Silver).

The (Rustrak) Ranger 1 was one of the first electronic, graphing, logging devices and replaced the paper chart recorders which recorded temperature primarily, but also 4-20 mA and 0-2 Volts.  Much thought went into the design of the user interface, culminating in a very simple, two button, selection operation. The DOS based software Pronto managed the data and was appreciated by customers for its ease of use, clarity and reliability (no bugs!).  A Hercules Graphics card enabled the computer to show the Pronto graphs on screen.

A unique feature of the firmware in the logger, incorporated from the start, was the patented Adaptive Store storage technique.  Customers haven’t always understood how it works but even then they enjoyed the relatively detailed results they saw on their Pronto graphs and in their reports.

After Ranger 1 came Ranger 2, retaining the same essence as this first Ranger.  In addition it had more channels, a memory card and was very versatile, offering a range of pods for different applications.

Gradually power quality measurement capability appeared and indeed started to take over.  The 1200 series measured power parameters.  It soon became clear that this was a market on which Outramshould concentrate as it requires a high level of expertise.  The Ranger 1 technical team thrive on difficult challenges.

The first instrument dedicated to power quality measurement was the Power Logger, then came the Harmonic Analyser the HA5000 and finally, still under licence, the PM6000.  Adaptive Store delighted customers with the increasing detail it provided as its techniques and the instruments evolved.  Pronto became Pronto for Windows.

However all was not ‘easy riding’ for Rangers and their customers as the product line was transferred between companies and geographic locations a number of times and joint development ventures came under a licencee axe.

In 2003 Outram Research Ltd (ORL), the Ranger 1 design house, negotiated back the sole rights to the Intellectual Property for the brand and is now able to focus fully on Ranger’sdestiny.  The culmination of its years of experience in the data logger market is a state of the art, extended family of Ranger Power Quality Analysers, as described on this site.

Speak to us Today

We found the Outram PM7000FLM useful for capturing data, and its software made analysis of fault-current straightforward. Other methods of data capture can be used, but would require further development to accurately give fault level information; the area where the FLM scores is its ease of use, and also that statistical analysis is applied over the whole test period, rather than at a ‘snapshot’ of one event as our analysis. This makes it less prone to noise and other disturbances on the system.

Your kit knocks spots of the bigger manufacturers.

I certainly will be hiring another PM7000 again. It’s an amazing piece of kit!

Stuart Turner, PCAS (Power Control and Automation Solutions) Ltd, Feb 2020
The analyser did everything that we needed. We were also impressed with how quickly it got across the US.

The analyser did everything that we needed. Rob was surprised at how easily it went on.

We were also impressed with how quickly it got across the US. It was there before we even left [the UK] and we didn’t expect that to happen.

It’s a specialised subject and the support we received from Duncan was second to none.

Chris Brookes, Simpson and Wood, UK Feb 2019
It’s shown me just how much time your software is going to save me!

What you showed me this morning and what I’ve been doing this afternoon has shown me just how much time your software is going to save me!

The Outram PM7000FLM and associated software proved to be capable of reliably assessing / calculating fault level from both repeated low-level steps, as well as one-off larger pulses.

“We captured some good stuff, these [PM7000s] really are pucker units.”

The reason I think your PM3000 is the best product in my shop is the reliability and the software. I use 5 different brands of recorders and this one by far has been the most reliable. The software updates are great, with the 60 day reminders. The layout of the software and every single function make it simple and user friendly unlike most products.

Greg Ellis, Electrical District #3, Arizona USA, 2014
By far the best project partner I have ever worked with!

Thank you for all the help and support you all gave me on the RTFLM project… It was an absolute privilege to work with you all and Outram are by far the best project partner I have ever worked with!

Thank you so much for attending to [my support query], and so quickly! Very impressed with these [PM3000] power analysers and the Bluetooth functionality with PMScreen and real time monitoring is sensational.

The Outram equipment (and associated software) makes calculation of fault level trivial in comparison to the ‘manual’ methods.

Rob Weller, Rina Consulting, UK Power Networks Earth Fault Level Project
I have been quite astounded at the detail the Outram Data Logger has captured.

During communications regarding the 3 PM7000TIs that Bob is managing remotely, with new data sent back to him over email every 24 hrs, he told us that he has been finding detail in the recordings he never thought he would see. “I have been quite astounded at the detail the Outram Data Logger has captured.”

That’s a hell of a piece of Kit!

Now I’ve seen what it can do I’m going to mention it to another customer here in the UK who I know is having trouble.”

Electricity North West Ltd RESPOND Project Newsletter, May 2016.
….Commendable for its ease of use and portability

The Outram equipment is commendable for its ease of use and portability.

Rob Weller, Rina Consulting, UK Power Networks Earth Fault Level Project
I have used data loggers in the past… Not in the same league as the Outram equipment

Thank you for all your fantastic efforts yesterday.

I have used data loggers in the past but they were not in the same league as the Outram equipment.

Last December when Network Rail asked me to install PQ monitoring I looked at hiring a couple of [competitor] PQ monitors. I had a Network Rail Graduate alongside me and I thought it would be a good learning exercise for him. As I began to understand the railway electrification system I realised [these] were a non-starter, so when the local electricity board ‘turned the screw’ I decided to look deeper.

I discovered Outram and when I read about your collaboration with Scottish Power I immediately realised the Outram equipment was the only one to consider. From what I have seen since yesterday morning I know I was correct in contacting your company.